The Course will be held over six consecutive days. the last day of the period (The Practical Course) is scheduled on September 28th (6th of Mehr) and will be performed in Arya’s 5-star luxurious hotel in the beautiful city of Alanya.

The Practical Course will be performed by internationally acclaimed Dr. Mahdad Akbari, with fifteen years of experience in coaching, managing and supervising fitness training centers all across Germany and Austria, professionally teaching and informing eager participants about all the latest coaching methods and innovative trends currently being used by the experts of the field in Europe.

All coaching certifications will be registered and issued in Germany and is usable in CVs and resumes.

WHAT YOU WILL LEARN

Participants will be acquainted with latest “One on One” coaching methods in special solo sessions in the practical course.

There is also a great closing ceremony planned for last day of the program with media and press coverage and the presence of some of the renown faces in international couching, managers of fitness facilities from Germany and Turkey, nutritional supplements experts and sponsors, all to meet and present the certificates to our freshly trained coaches.

To be in line with the laws and regulations of international couching courses, each individual who work as a personal trainer or those who have the necessary certifications, must annually acquire a minimum of 10 credit points to update their coaching credentials. This course will provide enough points to the seasoned trainers to maintain their credentials in order, just for a price of 50€!

Antalya Airport is an international airport located 13 km (8.1 mi) northeast of the city center of Antalya, Turkey. It is a major destination during the European summer leisure season due to its location at the country’s Mediterranean coast. It handled 18,741,659 passengers in 2016, making it the third-busiest airport in Turkey. The airport has two international terminals and one domestic terminal. Antalya is one of the major airports on the Southwest of Turkey, the others being Bodrum and Dalaman.

The Antalya Region, offering all the mysticism of past in our day, is now called the “Turkish Riviera” due to its archaeological and natural beauties. Antalya is the place where sea, sun, history and nature constitute a perfect harmony and which also includes the most beautiful and clearest coast along the Mediterranean. The city still preserves its importance as a center throughout history in the south coast of the country, in addition to its wonderful natural beauties. The mythological city which housed the Gods and Goddesses now exhibits all its secrets and marvels to mankind.

Antalya is located in the west of the Mediterranean region. In ancient times it covered all Pamphylia which means “the land of all tribes”. The land really deserves the name since it has witnessed many successive civilizations throughout history. In 1st century BC the Pergamum king Attalus ordered his men to find the most beautiful piece of land on earth; he wanted them to find “heaven on earth”. After a long search all over the world, they discovered this land and said “This must be ‘Heaven’ ” and King Attalus founded the city giving it the name “Attaleia”. From then on many nations kept their eyes on the city. When the Romans took over the Pergamene Kingdom, Attaleia became an outstanding Roman city which the great Roman Emperor Hadrian visited in 130 AD; an arch was built in his honor which is now worth seeing. Then came the Byzantines, after which the Seljuk Turks took over the city in 1207 and gave it a different name, Adalya, and built the Yivli Minaret. The Ottomans followed the Seljuks and finally within the Turkish Republic it became a Turkish city and an important port. Antalya has been growing rapidly since 1960 and its population is 1,146,109 according to the 1990 census. 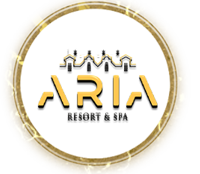 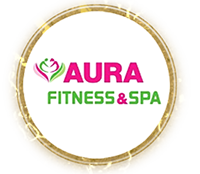